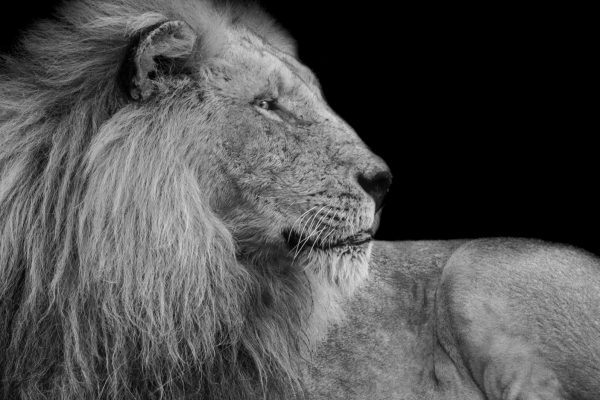 How similar we are to the Mighty Lions

How similar we are to the Mighty Lion

Now as a small memento, I would like to add the lion to a common scenario in our society.  Imagine for a second that two lions approach each other in the wild, what happens is a brief test amongst lions. In the wild it’s usually to establish dominance or which lion deserves the right to lead the pack. But this is only for the survival of the pack. Not either of the individual lions, but the pride. The battle between the two is for who will serve not who will be served.

One of the ways I see this in our society. The young male lion approaches to take a member of the alpha lion’s pride. In more human terms a father and a daughter with a young suitor. The young suitor is sent through a few trials, but not for the purpose of harming the suitor but for the purpose of pursuing the pride (or family). There is a certain degree of masculinity that must be displayed to show that he is a suitable protector, then there are other factors. The degree to make sure that he is a suitable provider for one; that this animal can fit into the pride. You may often times see an issue when the male lion kills a giraffe, not to enjoy giraffe burgers but for the survival of the pride. But as we know the lioness is the chief hunter of for the pride.

How many of these ways do we parallel the functions of a lion. Society is a series of tests, and weather it’s this one or another you will be tested. You must prepare constantly. The lion doesn’t lie around lazily until his opportunity comes. It is in a constant state of preparation, and after that in a constant state of readiness.

Lions have no natural predators. However, when lions are cubs there is a 60-70% mortality rate. They are killed by jackals, buffalo, eagle, hyenas, leopards, etc… The male lions number one job is to guard these cubs. Like wise you must guard anything in it’s infancy. All would agree this is true for children, but what about your dreams in their infancy. Your dreams have a 60-70% mortality rate.  They aren’t killed by natural predators they are destroyed by dream killers. That come in the form of family, friends, and coworkers. When I first became a speaker I remember the trepidation  I felt. Now, speakers in front of groups isn’t as scary of a situation. This is mainly because my speaking has matured. My first 10 speeches were definitely more difficult than the last 100 speeches.

A lions roar can be heard from five miles. What distance. Our roar can be heard from the five miles. Our roar as humans is our influence. With the invention of cars we can get our voice heard anywhere we can travel via car. Even the phone allows us to travel any distance around the globe and our voice be heard. The internet not improves this it gets rid of the equation of time. If you are reading this, I have written this long ago, and you have happened across this page at a time convenient to you.  This is my roar, can you hear it. Make certain your roar spans far beyond the lions. He is limited to his neighborhood, you are not. ROAR!

A lion has a tremedous speed during short distances. The lion has been documented running speeds in excess of 50 mph. This helps the lion hunt. He doesn’t have long range speed so you will not likely see a lion chasing anything over a few minutes. However, this few minutes is more than enough for the lion to secure a lunch in the dessert.

If we look at a map we see that lion’s started in African and are still widely there. We also notice human migration patterns are similar. Showing that both our origination and the origination of the lion is in Africa.

If we look at a map of where the Lions are located, and where he origins of civilizations  We discover that these two maps are remarkable similar.  How do the lions and humans have a similar travel story. Because we parallel the lion in more ways than one. 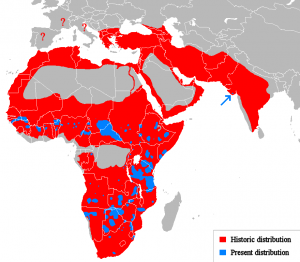 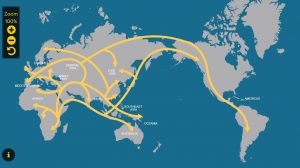